Guest writer Alfie Edge gives us a Christmas poem for this festive season.

Turn on the winter lights,

To guide through afternoon shadows.

the blurred buzz of mistletoe risk;

My heart, Lord’s a leaping.

to bury my heart in Christmas

and melt the cold earth around,

Until next year, my love.

This is the link to the form you can use to express your interest in writing and/or editing for the exciting and dynamic YSJ Creative Writing Blog –
https://docs.google.com/forms/d/e/1FAIpQLSfbfX8lUdgW8EfxVRTjzQR4AOtDSsBK0qgZGuf3wSNbj6keQA/viewform

Please complete this form if you are interested in writing for The CWB (The Creative Writing Blog.)

These are the options available to you:

Be a Staff Writer: We occasionally identify topics to be covered or events to be reviewed. These are first offered to our Staff Writers (typically a staff writer will contribute 3-5 pieces to the blog per academic year).

Be a Sub-Editor: In addition to writing regularly for the blog, co-editors also format and upload work by other students, workshop ideas for features and series and recruit fellow students to the blog team. They are also a friendly, informal point of contact for new writers.

Be an Assistant Editor. PLEASE NOTE, THIS ROLE IS ONLY OPEN TO POSTGRADUATE APPLICANTS. As an Assistant Editor you will work closely with the blog editors to shape the character and content of the blog. You will be responsible for managing Sub-Editors and commissioning and editing new posts. This is an excellent role if you are looking to acquire experience in publishing or journalism. 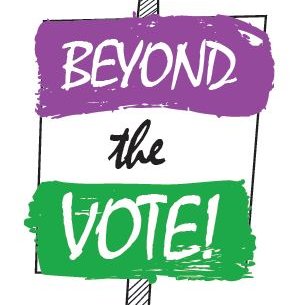 Come and join me this Saturday afternoon  to immerse yourself in the heady 1920s! As part of the wonderful Beyond the Vote Festival I will be giving a Creative Writing Workshop on historical fiction.     We will focus on the immediate aftermath of women gaining the vote; years when women’s employment, domestic lives, sexual and bodily identities were all undergoing massive changes. How can you use historical research to create interesting and believable characters and put them in a world that evokes the era for your readers? Can a knitting magazine be as important a key to your historical character as their attitude to female suffrage? We will debate such questions, look at a range of research materials and, most importantly, begin your own pieces of historical fiction.

The workshop runs from 3-4.30pm. For some of you this might be a deal breaker as you are already committed to a potentially historic football match. But, as writers of historical fiction know, there are many individual responses to ‘historic’ events and missing England v Sweden might not even have registered with you. If that is the case, please use the link above to sign up to this free public event and I look forward to seeing you there.

I am a second year Creative Writing and English Literature student. I love studying at York St John and I have learnt so much more about my craft by coming here. Now my writing is so much stronger and I have the confidence to try new forms, for example script.

My writing tends to lean towards the spooky and macabre, but I adore grounding this in friendships and ordinary life. Currently, my favourite author is V. E. Schwab, I adore her world building and the way she develops character. At the moment I am slowly working on an urban fantasy novel known as ‘Late Nights’, here is an extract from it:

It was recommended that tourists avoid the street of Hallow Way in Barebrough. It was the site of the towns graveyard and Mason House. This building was an old block of flats overrun by ivy and virginia creeper. The house was comprised of three storeys each with its own unique style. The ground floor was made of brown brick and has blacked out windows, designed for the more sensitive guests. The first floor had bricks that appeared to be burnt black and the arched windows curved inward. The second floor was red bricked and had Georgian style windows.

Even after living here for three years Isaac still found that the longer they stared at the building the more askew it became. Though they had bigger things to worry about right then. Isaac had left their keys at work, again. No amount of bag rummaging and muttered swearing had helped to solve the problem. All their bag had coughed up was a tub of chocolate spread, a broken mug and two strips of Strattera. Isaac made the executive decision to give up searching when a shiver ran up their arms. At the obscenely large door they whispered, “Please.”

I joined York St John University in the Autumn of 2016 to study Creative Writing. I am currently a member of the Promotional team for the launch of Beyond the Walls 2018. I am also a part-time tutor of English and maths at Explore Learning. After reading poems written by my Dad, the spark of my interest in the creative arts was lit. I enjoy reading all lengths of fiction, and my preference of writing surrounds the world of poetry and short stories.

I was published in the 2017 edition of Beyond the Walls with my two poems: ‘We March’ and ’26 Letters of Courage’ which you can read below:

We the people, the women, the men

Our Future is female

The present ours to take

Why are you marching?

We march to change lives, save lives

We march to live a better life

Free from aggression, oppression is not progression

I will not be silent

We will not be silent,

So Hear our voices

I am a Second Year Single Honours Creative Writing Student. I absolutely love this course. Reading and writing is pretty much an everyday habit for me (I can’t get enough of it!) My writing is inspired by everything and anything. Authors such as Neil Gaiman, Ransom Riggs and Joanne Harris have influenced my writing style, which tends to relate a lot to water.  I have even been lucky enough to meet Joanne Harris at my home’s literary Festival; Manx Lit Fest in the Isle of Man and have my own poem published as part of an anthology.

I also happen to be a Course Representative and enjoy supporting all my course mates, ensuring they remain happy during their time of study. I have written opening chapters for two of my novels and a play on homelessness-I hope to develop these further into the future!

This year we are already hard at work advertising the Beyond the Walls 2018 anthology, which will be published by Valley Press. So, here’s a quick update of what we’ve done, what’s coming up and how you can stay involved.

Just to let you know that the deadline to hand in your creative work for this anthology is 16th February. You may submit work previously written for your modules. The submission guidelines are:

You can email your work as attachments to: beyondthewalls2018@outlook.com

Our job as the promotion team is to promote the creation of the book and then the event that launches it. So, for now we are focusing on promoting the submission itself. To do this we had team meeting to create our social media.

First, we looked at previous years’ accounts and made the goal to have a stronger presence on these sites. The Facebook we created has already reached this goal.

Come join on Facebook at YSJ Beyond the Walls 2018.

Our Twitter has also gained a following and even appeared in the SU:

And last but certainly not least is our Instagram account, which you can find by searching: ysjbeyondthewalls2018.

We knew it was important to get the word out, so we decided to come into lectures and speak to you face to face. Over tea and toasties, we organised who was going where and how we would inform you. We’ve already visited a few lectures and it has been and will continue to be a successful venture.

In the future we will be using our social media accounts to promote the launch which is part of York Literature Festival. This free event will take place on 21st March 2018 at 6.30pm in The Basement (City Screen). It includes readings by Valley Press authors Nigel Forde and Nora Chassler. Don’t forget to book your free tickets here.

We can’t wait to read your work so please remember to submit before the deadline the 16th February.

Some little videos and profiles of the team – a few things you might not know about us! Here’s a taster

Abby Knowles is a poet from North Yorkshire. Struggling with work, childcare and wifing while gaining her Master’s Degree in Creative Writing, Abby is usually one solid poem away from a hilarious mental breakdown. Last week she did the school run with her trousers on backwards.

Joe Shaw is an experimental poet and visual artist studying at York St. John university. His writing explores the concepts of queer aesthetics and identity. He won the Northern Youth’s ‘Slay on Words’ – a poetry slam collaboration between York universities in 2017.

David Yeomans chose the Creative Writing MA at York St John University to deepen his knowledge and practice of writing. Although set on course to write mass-market thrillers, he has found poetry and needs to explore this form. When not writing, he works as a full time NHS psychiatrist.

Naomi and Abi will be reading from their debut novels and discussing dystopia, motherhood, climate change and creative writing.