Today we bring you taster of Vahni Capildeo’s work ahead of their upcoming reading as part of the York Centre for Writing Poetry Series. The original event has had to be postponed, and we hope it will take place next term!

Trinidadian-British poet Vahni Capildeo was born in Port of Spain, Trinidad. They earned a PhD at Oxford University, where they were a Rhodes Scholar studying translation theory and Old Norse. Their poetry collections include No Traveller Returns (2003), Undraining Sea (2009), Dark and Unaccustomed Words (2012), Utter (2013), Measures of Expatriation (2016), which won the 2016 Forward Prize, and Venus as a Bear (2018).

The York Centre for Writing Poetry Series centres centres BAME, queer and working class writers, challenging old fashioned and out of date visions of what poetry and poets can be. Our readers’ original, exciting work demonstrates why poetry is one of the fastest growing and most innovative literary genres in the UK!

The series is based at York Centre for Writing, the hub for writing events, projects and publications at York St John University. Community is at the heart of our ethos, and our events create opportunities to meet fellow poetry lovers and build creative networks across York and beyond.

Our poetry series focuses on writers who are BAME, queer and/or working class, and aims to to show what is exciting and innovative about poetry today. Unfortunately, due to the current situation, our York St John Poetry Series event for the York Literature festival was unable to take place live.

However, we didn’t want anyone to miss out on the fantastic poetry and analysis of our event writers, Khairani Barokka, Fran Lock and Mary-Jean Chan.

For this reason, Khairani, Fran and Mary Jean have all recorded special readings from their work which you can find in the soundcloud link below. They’ve also each taken the opportunity to respond to some of the questions we would have posed them, Khairani and Fran at the end of their recordings, and Mary Jean in writing. We are so grateful for them to taking the time to share their writing with us.

We hope you’ll take the time to enjoy these fantastic recordings.

Information on the writers:

Khairani Barokka is the writer/performer/producer of, among others, a deaf-accessible, solo poetry/art show, Eve and Mary Are Having Coffee. She is author and illustrator of poetry-art book Indigenous Species, nominated for a Goldsmiths Public Engagement Award (Tilted Axis Press, 2016; Vietnamese translation out in 2018 with AJAR Press), co-editor with Ng Yi-Sheng of HEAT: A Southeast Asian Urban Anthology (Fixi, 2016), and co-editor, with Sandra Alland and Daniel Sluman, of Stairs and Whispers: D/deaf and Disabled Poets Write Back (Nine Arches Press, 2017), shortlisted for a Saboteur Award for Best Anthology and a Poetry School Book of the Year Okka is currently working on a book and visual works. Her most recent exhibition was Annah: Nomenclature at the ICA. Her first full-length poetry collection, Rope, was published by Nine Arches Press in October 2017.

Mary Jean Chan is the author of Flèche (a Poetry Book Society Recommendation), published by Faber & Faber (2019). Her work has featured as a Guardian Poem of the Week and a Guardian Poem of the Month. Flèche is the winner of the 2019 Costa Book Awards (poetry category) and has been chosen as a Book of the Year by The Guardian, The Irish Times and The White Review. Her debut pamphlet, A Hurry of English (ignitionpress), was a 2018 Poetry Book Society Pamphlet Choice.

In 2016, Chan won the Oxford Brookes International Poetry Competition in the English as an Additional Language category. In 2017, she won the Poetry Society Anne Born Prize and the Institute of Psychoanalysis Poetry and Psychoanalysis Competition, and also came Second in the 2017 National Poetry Competition. The title poem from her debut collection won the 2018 Poetry Society Geoffrey Dearmer Prize. She has twice been shortlisted for The Forward Prize for Best Single Poem and is the recipient of a 2019 Eric Gregory Award.

Fran Lock is a sometime itinerant dog whisperer and poet, now living and working in London. Her debut collection Flatrock (Little Episodes) was launched in May 2011. Her work has appeared in various places, including Ambit, Poetry London, The Rialto, The Stinging Fly, and in Best British Poetry 2012 (Salt). Her second collection The Mystic and the Pig Thief (Salt) came out in September 2014. She is the winner of the 2014 Ambit Poetry Competition. She won third prize in The Poetry Society’s National Poetry Competition 2014. Her most recent book, Contains Mild Peril, Lock’s seventh book in eight years, came out with Outspoken Press in 2019.

Mary Jean Chan’s answers to some of our Poetry Series questions:

I do think the whiteness of the lyric I and its seeming universality has been rightly critiqued by many (see Threads, a brilliant pamphlet co-authored by Sandeep Parmar, Nisha Ramayya and Bhanu Kapil for more insights). As a queer, Chinese woman writing in first person, I am also aware of the ways in which my work might be received by a particular audience. As such, I wanted to make sure that the book offers poems which reflexively explore the instability of the lyric I, for example, through my poem “This Grammatical Offer of Uniqueness is Untrue” (a line taken from Denise Riley’s The Words of Selves: Identification, Solidarity, Irony), where I state that the word “mother” in English is already an artifice of sorts for me, as I have never uttered this word aloud to my mother, who speaks multiple Chinese dialects but doesn’t speak English. My poem “(Auto)biography” is also an attempt to critique this term, which is often used to describe women’s writing. Sarah Howe has written about this in an interview with The Boston Review (http://bostonreview.net/poetry/sarah-howe-interviewed-lily-blacksell), and reading this conversation made me want to challenge the concept of “autobiography” by writing a dramatic monologue in my mother’s voice, so readers might be encouraged to reflect on their assumptions about who the “I” in the poem represents.

I had been writing these poems since 2015, during my MA in Creative Writing at Royal Holloway. Many of the poems about my mother came in a rush; others about queerness and psychotherapy came later. What did not come until the very end was the structure and the title of the book. I had such a hard time trying to pin down a title that would capture the essence of the collection, but with a lightness of touch. Once I realised that the fencing motif could be harnessed to create a loose structure for the book, the title came rather naturally as well (since the flèche is a fencing term for an aggressive surprise attack). 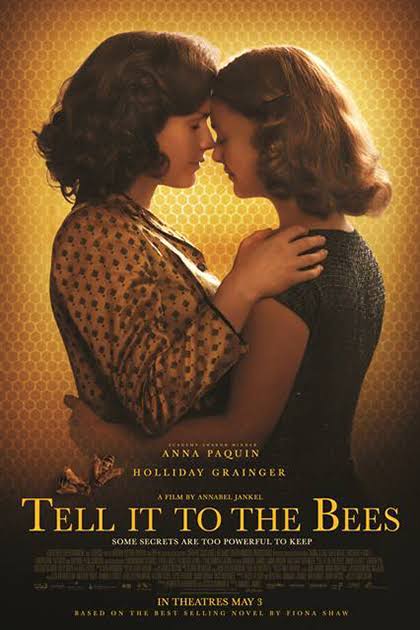 The exciting LGBT History Month York program is out now, and you can find the link to the program here – yorklgbthistory.org.uk

On page 25 you’ll find the details of a special screening of the film ‘Tell it to the Bees,’ with a Q and A from acclaimed author Fiona Shaw. This event takes place on Wednesday the 4th of March, from 18.30-21.00, at the York City Screen Picturehouse. The link to purchase tickets is here: https://www.picturehouses.com/movie-details/018/HO00009705/tell-it-to-the-bees

This beautiful and affecting story is one not to miss!

Dial-a-Poem, a new nationwide student poetry competition, is now open for entries for telephonic poems competing for a chance to win up to £500 in National Book Tokens and publication.

In partnership with Nottingham Trent University, the Arts and Humanities Research Council, the BT Archives and the Science Museum, and judged by award-winning poet Jane McKie, the competition calls out for poems which – directly or indirectly – engage with the idea of calling.

The original Dial-a-Poem was launched by the late John Giorno fifty years ago, and the service – via which users called in to hear recordings of work by essential and provocative poets of the time – will be reconfigured in the digital age by way of a mobile app for launch in 2020. Winners of the Dial-a-Poem competition will be offered the chance to record their poem for the Dial-a-Poem app and a sound installation in the City of Nottingham, joining a roster of celebrated international poets.

Deadline for entries is 10 February 2020. https://url4.mailanyone.net/v1/?m=1iYBYY-000AzY-5D&i=57e1b682&c=XdMCRhdIJbKBQQaHPPpaA1OKgUyksMsEaqw-EawCWsHhAQhm_5oWwG8G8WLAFjlKluowP7xY-nOGmATEPYkXLdchnkm0MYlua0K_0Ip75OSwVOtVhTuPAX3GiYK55UXe2P4OWxMaaQtdJ6dTNw-gU6cnNio38OW_q-5W1sRtied–5_OPaRDx1GpLB7husK7hLvGd2RJ1kWESwJm5O_BZgptowFFnKdtoeIQ1r8sSWNOXqigMjpdExmCpOnpsLebkRegIJcg2Y_Ul03Ic6iqkQ

An exciting event for those who love spoken word, don’t miss out! Details below.

Poets have three minutes to impress the audience and win a cash prize. Highly Commended in the York Culture Awards, Say Owt Slam is an exciting and raw mixing pot of spoken word. Plus
guest poet Lisette Auton, an award-winning disabled writer and performer. LIsette is one of Penguin Random House UK’s WriteNow mentees for her children’s novel based on the North East coast. All of her work seeks to make the invisible visible. 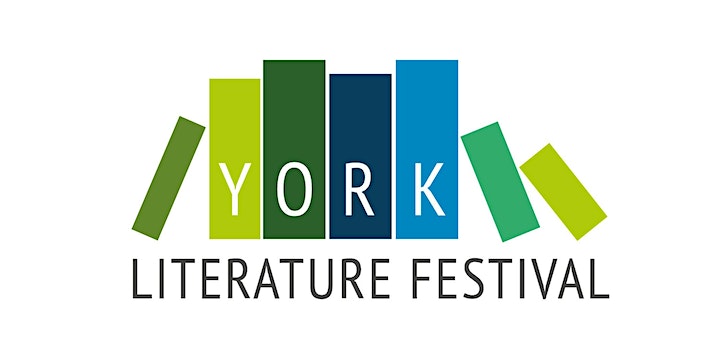 The eventbrite links for our York Literary Festival events are now live! Make sure to book your tickets before they sell out!
All the links can be found here:
https://www.yorksj.ac.uk/york-centre-for-writing/events/

From campfire ghost stories to eldritch screams on lamplight streets, the uncanny and supernatural have haunted bookshelves for the past century. Unhomely is the second anthology from GreenTeeth Press, introducing more fresh authors to the industry!

This is the link to the form you can use to express your interest in writing and/or editing for the exciting and dynamic YSJ Creative Writing Blog –
https://docs.google.com/forms/d/e/1FAIpQLSfbfX8lUdgW8EfxVRTjzQR4AOtDSsBK0qgZGuf3wSNbj6keQA/viewform

Please complete this form if you are interested in writing for The CWB (The Creative Writing Blog.)

These are the options available to you:

Be a Staff Writer: We occasionally identify topics to be covered or events to be reviewed. These are first offered to our Staff Writers (typically a staff writer will contribute 3-5 pieces to the blog per academic year).

Be a Sub-Editor: In addition to writing regularly for the blog, co-editors also format and upload work by other students, workshop ideas for features and series and recruit fellow students to the blog team. They are also a friendly, informal point of contact for new writers.

Be an Assistant Editor. PLEASE NOTE, THIS ROLE IS ONLY OPEN TO POSTGRADUATE APPLICANTS. As an Assistant Editor you will work closely with the blog editors to shape the character and content of the blog. You will be responsible for managing Sub-Editors and commissioning and editing new posts. This is an excellent role if you are looking to acquire experience in publishing or journalism.